What is up with those weirdos? I mean really? This is not one of those questions that I don’t really expect anyone to answer! If you know, let me know! I’ll even accept guesses!

A little while back, some big deal guy in the ghost hunting world mentioned the ryokan as a “Haunted Hotspot.” on his website. That was mega weird, I mean think about someone saying that about where you grew up, but that was just the start of this ghost hunting business. Apparently this guy is the king of the ghost nerds or something – because the second he mentioned the ryokan, all of these bizarre people started showing up with their…stuff.

I’m not saying that all ghost hunters are terrible, but most of them are. Think about it – they show up where something tragic has happened, cause this big silly scene, totally disrespect everything and everyone there, and act all self important about everything. If you ask them to stop what they’re doing they’ll act as if you’re interrupting some sort of great scientific research. It makes me crazy! It’s like, excuse me people working to solve world hunger, and you too people working on new vaccines, also you too technology people – all of you stop for a second: A bald guy who somehow also has a ponytail (Which science refers to as a hair-paradox, or hairadox.) thinks he’s recorded a ghost talking.

Also, for some reason these people have decided that ghosts are made out of electricity. They have these little machines that show electromagnetic fields or something, and they walk around, and when the machines start to light up – they super freak out. Never mind that these little machines always pick up ghost activity near THINGS THAT RUN ON ELECTRICITY. “Guys! Come here! I think the television is a ghost! So is the computer! And the toaster! Oh no! Please tell me no one had toast this morning!”

I think what bugs me most is how rude they are. Everything is just a game to them. They’re also so sure that they understand what’s going on. They don’t. It’s like they’ve put one foot into a tide pool and declared that they’ve discovered all the secrets of the ocean.

I’m not saying that I believe in ghosts, but – even I’ve seen some strange things. I’ve had that something-is-really-really-really wrong feeling in the middle of the night. I’ve been to some places that definitely had a spooky feeling. There are a lot of things that we’ll never get to know for sure. I don’t know if we’ll ever be able to say if there are ghosts or not. But I am pretty sure thousands of years of mystery is not going to be cracked by some hobbyist with a bunch of junk he bought from the catalog you find in the little seat pocket in an airplane. 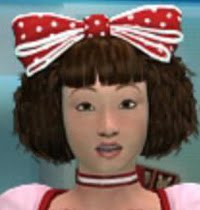 Blogs are what you get when you cut down Btrees. Word. www.ShadowAtTheWatersEdge.com